I’ve got an hour until my shuttle back to the airport for the final leg to Svalbard, and I have internet access… so guess what? A small  blip from Norway! 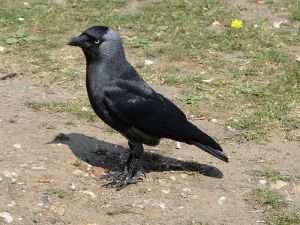 I was greeted at the Gardermoen Airport by rain and what I thought were crows, but I’ve now identified as Jackdaws. These guys are about 2/3 the size of American Crows, but have the same body language of curiosity… perhaps with a little less swagger. I made friends with one who looked exactly like this by tossing him/her a yogurt-covered almond.

Norway is beautiful, even right next to the airport. It is swaths of green with small two-lane highways. I arrived exhausted at 11:00am local time, which was 2:00am for me. I tried to sleep on the plane, but I find it difficult to sleep on the plane… too much unpredictable noise. I did watch The Hobbit, which put me in an adventuring state of mind, though I think I’ll skip the singing.

My motel, (which is frankly more like a hostel), is passable. It’s warm, and relatively clean… but there is nothing to eat, and I mean nothing. Well, okay, there are chips and soda, which is what I ate for dinner. There is nothing within walking distance… no restaurants, no grocery stores, no bars…. there was a beautiful trail though through the Kulturpark, which is where I found my first geocache in Norway on the bottom of a WWII tank parked on the grass. This whole area was a military base during WWII and apparently so much airline activity was directed here, it was eventually converted into a commercial airport.

The path was beautiful, and I decided to go looking for another geocache about 8/10 ths of a mile away. I got within 14 feet of it, according to my gps, but didn’t find the damned thing, despite wading around in wet grass and getting stuck in the rain. I was wearing my deck shoes for the trip, which still aren’t dry. Duh. Duh. Duh. But seriously, you can’t just give up within 14 feet of a cache… though I finally did after an hour of fruitless searching. 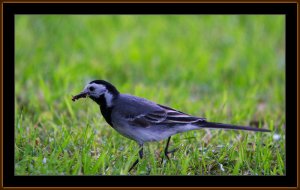 I did meet another kind of bird… it looks like a sparrow, built higher off the ground, with a white bandit mask. It pumps its tail up and down whenever it comes to a halt. It turns out to be an aptly-named “White Wagtail.”

I also discovered some odd little abandoned cabins, with busted-out windows and trees growing so thick around their front doors that only animals would be able to knock. They did have plastic keyholders– the kind with a code like real estate agents use– on the front. I’m guessing they used to be rented out. I was poking around one and thought I heard music coming from inside so I took off. It would be a remote place for a squat, but I’m a stranger here and therefore prefer caution.

I made it til 6:30pm local time and finally gave in, took an Ambien, and went to bed. Can I just say that I already have strange dreams as it is, but Ambien is like taking a hallucinogen. I slept really really well, but oh my god the dreams. The first one involved a roll-away bed with a dead body rolled up inside it. The second was about some reality-tv type game I was in that somehow involved exploring unfamiliar places and taking photos of the other players without being seen. I woke up promptly 8 hours later, and then made myself keep going back to sleep until 6am.

I have been writing a lot by hand in a journal. And in terms of the effect of this experience on creative process, I already have noticed quite a few things, but I won’t have time to transcribe any of it until I get back. For now, I offer just a little glimpse of the surfaces.

Breakfast, by the way, was…. interesting. A vegan would lose a lot of weight. A vegan who is gluten intolerant would starve to death.

I did, however, get plenty of coffee, which is my manna… and I picked up this souvenir for some lucky friend to spread on toast! 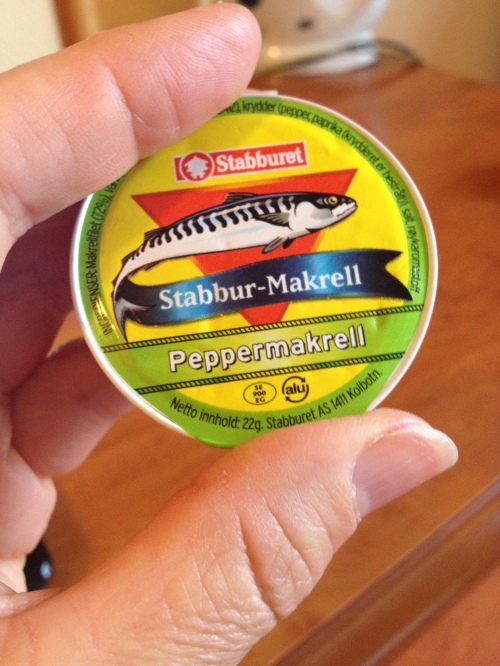 What do you think? Cancel reply

Error: Twitter did not respond. Please wait a few minutes and refresh this page.